Tranquil, peaceful, timeless – this is Surfsong Villa Resort.
A Boutique Resort located at Well Bay in the British Virgin Islands.

Surfsong on Beef Island offers the privacy of a villa with the convenience of a resort in a natural beach front setting. Choose from seven stunning one, two or three bedroom villas or reserve the entire resort for your group of up to 30 guests.

Surfsong’s guest facilities are second to none – you can mix a drink at the self-service honour bar and enjoy the view of some of the other islands in the BVI. Experience a yoga or Pilates class, read in a hammock, stargaze, watch the boats go by, explore the rocks, enjoy excellent snorkelling or enjoy paddling around in the clear bottom kayaks or on a stand up paddle board.

Surfsong is a real little gem where you can be active or completely lazy – the choice is yours.

Call BVI Holidays today to book Surfsong Villa Resort for your next holiday. 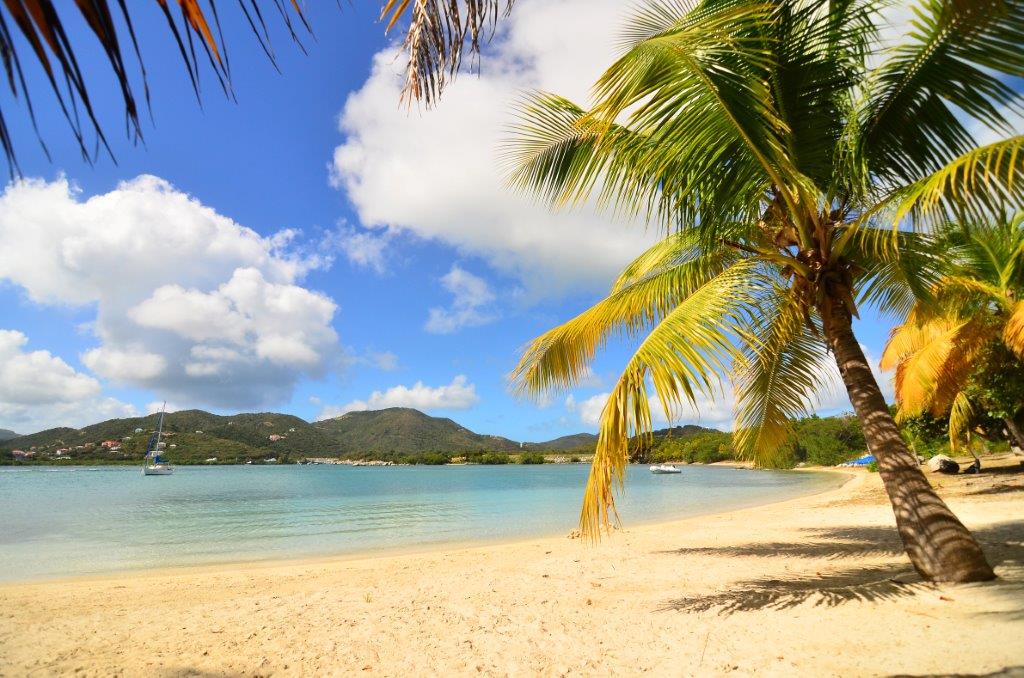 BVI Holidays would like to wish everyone a very Happy, Healthy and Prosperous 2017.

As we scrape the ice off our cars in the morning (unless of course some of you have the luxury of actually being able to get your car into your garage!) and negotiate the black ice on the way to work and the fog on the way home, surely our thoughts turn to the forthcoming Spring and Summer, both of which seem a distant dream at the moment.

Why not treat yourself to a warm, sunny break in the sunshine right now.  Picture yourself on that white sand beach, cocktail in hand, dipping in and out of the warm Caribbean waters that lap the deserted islands in the beautiful British Virgin Islands.

If you would like to be here……call BVI Holidays today and we will be happy to arrange this for you.

Well – 2016 is drawing to a close and what a year it has been.  Great events and huge achievements from our sportsmen and women and times of sadness when we remember tragic events and those people who have left us.

At BVI Holidays we have had some exciting times, the latest being the launch of our new website, which I hope you are enjoying browsing and perhaps being transported to the beautiful white sand beaches and warm turquoise waters that are bountiful in the British Virgin Islands.  The wonderful thing about this is that your imagination can become reality.

Call us in the New Year to make your holiday dreams come true.  We can arrange hotels and villas on the beach, sailing holidays or a combination of both.  It just can’t get any better than that!

Happy Christmas and we at BVI Holidays hope that 2017 will be a happy, healthy and prosperous one for you all.  Enjoy! 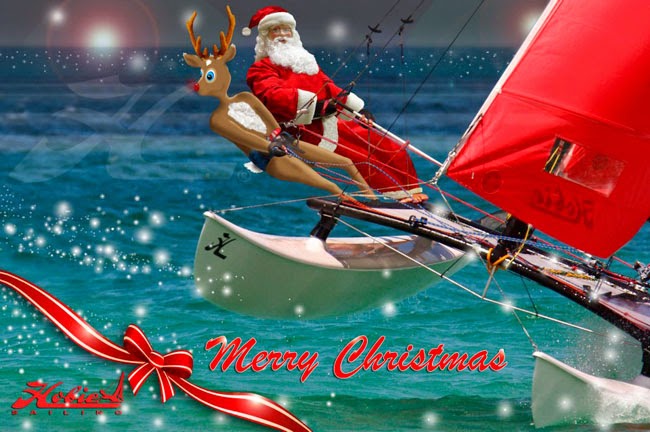 “Baby Boom,” as the company calls it, is the world’s first independently developed supersonic jet and the fastest civil aircraft ever made.

The planned plane would be the fastest civil aircraft ever, succeeding (and surpassing) Concorde, with a top speed of Mach 2.2, or 1,451 MPH. That’s 2.6 times faster than any other airliner.

The Boom plane, which would have a ticket cost of $2,500 each way, would make the trip from New York to London in three hours and 15 minutes, down from a traditional time of about 7 hours. It would carry 45 passengers.

Its first test flight is planned for late 2017.

Richard Branson, who lives on Necker Island in the British Virgin Islands, announced in March that Virgin had an option on Boom’s first 10 airplanes.

The Spaceship Company has been selected to apply its manufacturing, development and test capability for the Boom plane.

“Supersonic travel for both cargo and humans will result in many exciting and efficient benefits,” Sir Richard said. “There are tremendous hurdles ahead and equally there are lots of terrific people and companies all working together to finally make supersonic travel a reality.”

As they say – watch this space!

This name never fails to puzzle me.  Why “Black Friday”?  Of course it originated in the U.S.A. in 1932 and is traditionally the day after Thanksgiving.  Reportedly this was the day when retailers came out of trading in the red and into the black.  Not everybody knows this though and so the name “Black Friday” remains an enigma to many although it is meant to mark a day (or the start) of something good.

Apparently we can go to the high street or sit in the comfort of our own homes and snap up the bargains.

Friday 25th November is Black Friday and instead of jostling with the masses to try to snap up a bargain on the high street, think of doing something different this year….book a holiday to the beautiful British Virgin Islands….these loungers are waiting for YOU….

Sea Shells on the Sea Shore

And....not a "seller" in sight! Few people can stroll along a BVI beach and pass by a beautiful shell without stopping to admire its bright colours, delicacy and intricate design. Those people who cannot leave a beach without a colourful assortment have come to the right place, for local beaches and waters around the British Virgin Islands have shells of all shapes and sizes in abundance, just waiting for you or me to stop, admire and pick up to add to our collection. There are several extensive collections to be found locally, and many island craftsmen and women make shells into Christmas tree ornaments and incorporate them into straw bags and baskets. Some of the jewellers in the BVI make jewellery out of local materials including the pink interior of the conch shell and books on shells and shell collecting can be found in some of the shops in Road Town, the capital of the British Virgin Islands. What is it about the shell that has sustained man’s interest through the centuries? Hugh and Maguerite Stix in their book The Shell: 500 Million Years of Inspired Design, offer this clue, “Man became interested in the shell as an inspiring model upon which to base aesthetic principles. The small animal’s achievement in building with intricate beauty and unending variety, instinctively embodying complex mathematical formulas to create a functional incredible architecture, must have been the main reason for its importance in the mind of man.”  Very interesting. Next time you are strolling along a lovely sandy beach and stop to admire or pick up an unusual shell, remember this little article and also the fact that in the British Virgin Islands, unusual shells can be found in abundance on every beautiful white sand beach of which there are hundreds. Call BVI Holidays to visit your own deserted beach in the beautiful BVI.

Fly Fishing in the BVI

There is something exciting about salt water fish! Especially in the beautiful British Virgin Islands!

The will to survive gives them their ferocity and tenacity.  A 16″ bonefish has three times the strength and stamina of a 20″ rainbow trout.  Pike are like kittens compared to tarpon.

As all of you fly fisherman know, salt water fly fishing is the fastest growing sport in the world. Catching them “on the fly” is one of the most rewarding fishing experiences imaginable.  Somebody once said that his father had taught him to fish, but that he couldn’t have been listening when his father told him how to actually catch the fish!

With experienced guides, locations to die for and state of the art equipment, you will have the most satisfying and rewarding fishing trip of your life! There are numerous un-fished flats and reefs in the BVI teeming with Bonefish, Permit and Tarpon.

Come to the BVI and fish the flats.  Click here for more information.

BVI Holidays has some great news to share with you!  The British Virgin Islands just became more accessible!  Inter-Caribbean Airways are now flying non-stop 4 days per week between Antigua and the beautiful BVI.  Their flights are scheduled to connect with British Airways and Virgin Atlantic, both of whom have non-stop flights between Gatwick and Antigua.  On the other days these airlines connect to Liat who fly indirectly from Antigua to Tortola.

Check your luggage in at Gatwick and pick it up again at Beef Island (Tortola).  Easy!

After leaving Antigua, you can be in paradise in 1 hour.

One hour from Antigua, short transfer to your hotel and…..this could be you…..

Bareboat vs Crewed – What’s the Difference?

When I mentioned “Bareboat” to someone the other day, they replied “a what”?  We often presume that everyone knows the difference between a bareboat and a crewed yacht and between a catamaran and a monohull.

The British Virgin Islands offers the best sailing in the world.  This statement is endorsed by the sailing fraternity who have been lucky enough to experience the BVI from the water.

A bareboat charter is for those who have comprehensive sailing experience and are capable of skippering a yacht for themselves and their friends or family.

A crewed yacht is for the G & T “sailors” who would love to experience life on the ocean wave but have no sailing experience.  You don’t need any – you will have gourmet meals cooked for you by your competent and caring crew and your favourite wines, beers and cocktails served to you – all included in the cost. Your stateroom with en suite facilities will be serviced for you each day.  All you have to do is sit back and enjoy the stunning scenery of the beautiful BVI.

What type of yacht would you like?  A monohull is just what it says – a yacht with one hull and great for the gung-ho sailors and people who don’t mind a bit of hard, but enjoyable, work!  A catamaran has two hulls and is more stable in the water (no heeling over!).  A catamaran also has more deck space.  The “trampoline” at the front is great for relaxing and sunbathing as your skipper navigates the islands and moors up at yet another deserted white sand beach.

How do you choose which type of yacht you would like?  I use the analogy comparing an automatic car to a manual – the manual requires a bit more work and concentration, the automatic does some of the work for you.

BVI Holidays offers a vast selection of yachts including motor yachts and power catamarans, which you may prefer to hoisting the sail.  Being under power means you can cover and see more of the beautiful BVI – breakfast at Trellis Bay, lunch at Peter Island and dinner at the Bitter End Yacht Club.  You can of course just throw a steak on your on-board barbecue and chill out at one of the many bars which are easily accessible from the water.

Sizes range from small yachts at 32′  (perfect for a couple) to the larger yachts some of which can sleep 12 people in six lovely cabins all with en suite.

A lovely combination is to have time ashore followed by time afloat.  Anything is possible.

September is drawing to a close and the nights are drawing in. The temperature is dropping and soon the central heating will be on.  My thoughts are certainly turning towards warmer temperatures – are yours?

Do call BVI Holidays if you are interested in sailing around the beautiful BVI. 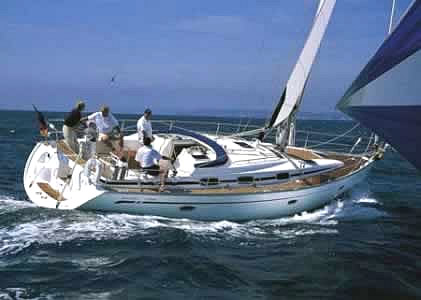 Most of us are basking in this unusually hot September weather.  Some of us enjoying it, some of us having to work and hoping it lasts until the week-end and some of us wishing for rain to cool off!

Whatever situation you are in – this is typical British Virgin Islands weather.  You could be flying off there for a glorious week or two lazing on white sand beaches, cooling off in the crystal clear Caribbean Sea and watching a spectacular sunset with a nice cocktail in hand.

Sounds appealing? ….pick up the phone and call BVI Holidays – we will be happy to arrange this for YOU! 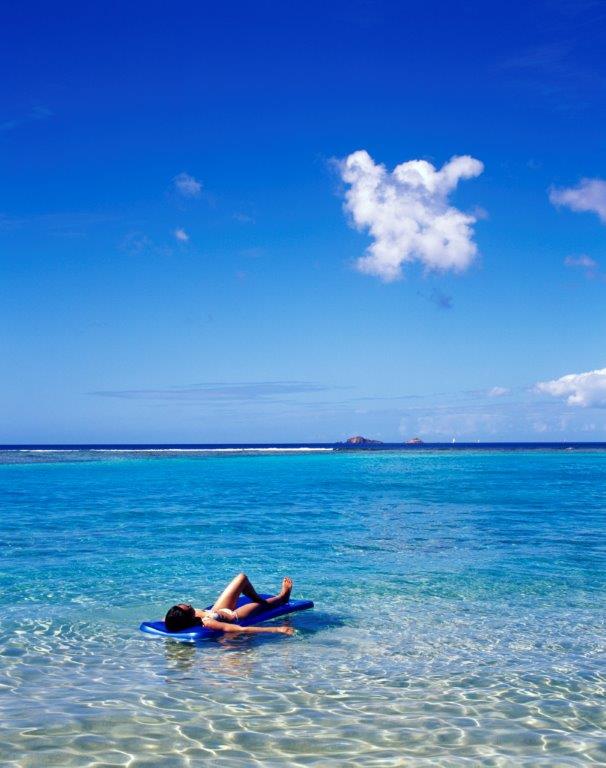