Richard Branson and his team are planning to sink the former USS YO-44, a ship that served – and saved lives – in Pearl Harbour during WWII. This historic vessel was primed to be scrapped for metal before Owen Buggy, former marine mechanic and photographer on Necker Island in the British Virgin Islands, identified it and the team dreamed up this project. The ship will form the centre-piece of a unique new dive site called The Maverick BVI Art Reef in the BVI.

It will include a large scale art sculpture of an 80-foot Kraken. This will double as a human interest feature for divers and a coral out-planting platform, which will kick-start a thriving reef ecosystem through innovative and effective coral restoration techniques. It will probably be one of the most unique dive sites in the world.

The project will also help to rehabilitate heavily over-fished marine populations; a special focus will be on bringing back vulnerable species of Grouper, such as the Goliath Grouper. Like Sir Richard, the BVI Tourist Board is confident this new dive site will boost the local economy by putting the British Virgin Islands on the world map as a top dive destination. What’s more, the project is supporting cutting edge scientific research called eDNA (environmental DNA) facilitated by NPO partners Beneath the Waves, as well as swim programs and providing ocean conservation platforms for inspiring our next generation of ocean stewards.

This is a real innovative project and credit to Richard Branson and his team for saving this WWII ship from the scrapyard. 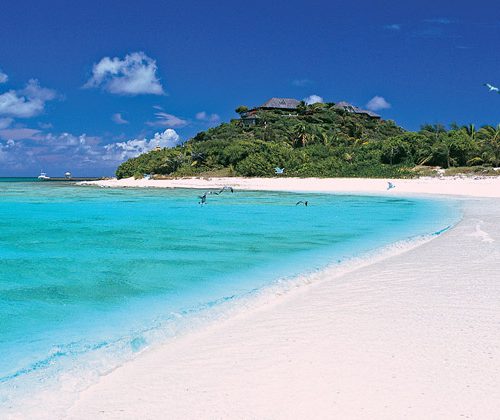